The Role of Celtic Women as Warriors

As warriors, Celtic women could lead men into battle as well as fully participate in battle. Many scholars note the ability and right of Celtic women to bear arms and engage in warfare. In Women of the Celtic in Myth, Legend and Story, accounts referring to Celtic women’s involvement in warfare, include, The Roman historian Diodorus Siculus who observed,


“The women of the Celts are nearly as tall as the men and they rival them also in courage” ("Celtic Women",1999).

Another account regarding Celtic/Gaul women comes from Amicus Marcellin who states,

…a whole troop of foreigners would not be able to withstand a [single] Celt in a fight, if he called his wife to his assistance, stronger than he by far and with flashing eyes; least of all when she swells her neck and gnashes her teeth, and poising her huge white arms, begins to rain blows mingled with kick, like shots discharged by the twisted cords of a catapult. (Ellis,1998,p.87)

Celtic women’s tactics in warfare employed the use of psychological tactics such as screeching, dancing wildly, pulling at their own faces and waving their own swords/weapons. Roman accounts with Celts in warfare, describe how the women accompanied their men in battle, creating a barrier behind their men with chariots and themselves (Doan, 1987). A plausible reason for women to accompany the men in battle has to do with previous encounters of invasions, looting, and rape of the women in their villages.  Whether these statements were meant to smear or diminish the perception of Celtic/Gaul women; nevertheless these statements invoke images of a strong, fierce, and formidable womanhood from ancient times.

Archaeological evidences in Britain, of rich Iron Age female graves are seen in: the group of three chariot-burials from the fourth-second century B.C. (Doan, 1987).  These burials consist of a central grave, the earliest and the largest containing the skeleton of a woman with a two-wheeled vehicle, with a mirror and a bronze box, edged by apparent warrior burials (Green M. , 1996). 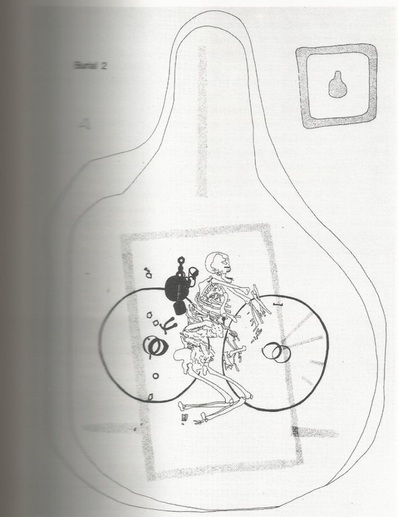 Female chariot-burial with two-wheeled vehicle, an iron mirror, a decorated and sealed bronze box and other grave-goods; third century B.C. Wetwang Slack, Yorkshire, The comparative wealth of the tomb suggests that the deceased was probably of relatively high status.